Consequences of poor preservation of cigars

Consequences of poor preservation of cigars Posted on 10 December 2018 at 16:58 by Umberto

Too damp or too dry cigars: effects on cigars of poor preservation

The pleasure of smoking a cigar in excellent condition is unmatched.
Avoiding bad preservation is a perfect guarantee to make sure of the excellent smoked without incurring special mishaps.

Errors, forgetings and contingencies, however, are always around the corner, ready, in the absence of the right precautions, to alter fragrances and aromas, in the best case. A bad preservation, in fact, can even lead to themechanical impossibility to ignite or cut a cigar, as well as to irreparably spoil the organoleptic characteristics.

If you happen to not act on time, not using hygrometers or better yet, monitoring and notification systems in real time like Habueno and not adopting the right precautions for a flawless cigar preservation, you’ll know what I’m talking about.

Consequences of poor preservation of cigars

The hydrostatic capacity of cigars means that they absorb and release moisture as a function of the environment in which they are placed.
environments that are too humid or too dry can generate totally divergent conditions, but both have as unfortunate consequence the lack of balance between absorption and release necessary to maintain the ideal humidity level of the cigars. In addition, the role of maintaining an optimum temperature and the effects of thermal shocks on the humidity level should not be underestimated.

In Humid environments The cigars will absorb a larger quantity, swelling.
The main risks will be related to the formation of moulds and fungi, without counting the possibility that, swelling, the head is damaged. The cigar, once turned on, will pass the smoke with difficulty in the inside and burninhomogeneously.
The flavor during the smoke will be heavy, acidic and tannic, the smoke generated will be denser and, as a result, it will be more difficult to discriminate and enjoy the whole olfactory bouquet.

The non-homogenic burn may be distinguished in:

Figure out if a cigar is too damp

A tip on how to figure out if it is a cigar is too damp is to press it between your fingers.
If you feel too spongy, you will be in front of a cigar that is too damp.
A confirmation could be sought by verifying in smoked the density of the smoke produced.
Always try to catch up on damp cigars before it’s too late.

Storage in too dry environments

In Dry Rooms The cigars will lose the oils and resins of the tobacco leaves and with them a good part of their aromas. By drying, the cigars will be more fragile and the fragrances become less complex, compromising the taste of the smoked. In addition, the cigars, once accessed, will burn quickly, overheating and presenting a bitter and pungent taste.
High storage temperatures facilitate the deterioration process.
It is possible to recover the dried cigars, even if the possibility of recovering the aromas, due to the loss of the oils, will be correlated to the adverse conditions.

Figure out if a cigar is too dry

To understand if a cigar is annoyed excessively squeeze it gently between thumb and forefinger. Any crackling will certainly be a reliable index of ineffective humidification. If, however, the touch will be solid and firm, your cigar is still in excellent condition.

Learn how to monitor the humidor from smartphones with Habueno

Optimum temperature for the preservation of cigars

Cigar Preservation Temperature: the importance of monitoring An optimum temperature, together with ideal humidity levels, guarantees the correct preservation of cigars, therefore, an exhaustive and… 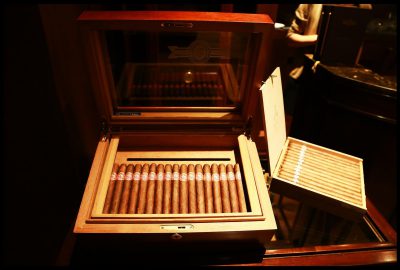 Storing cigars-How to store cigars at its best

How to store cigars in the humidor: DIY storage, monitoring and humidification The baptism of the fire of anyone who is caught by an authentic… 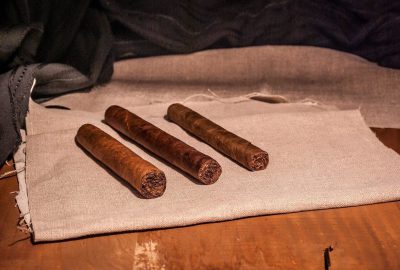 Cigars too humid: how to intervene in time

Recover too damp cigars and prevent humidification errors Too humid cigars are one of the consequences of the poor preservation of cigars. excesses of humidification… 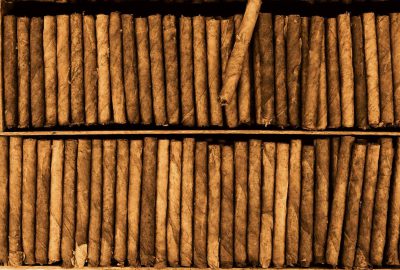 How to recover dry cigars

10 tips for humidating dry cigars Reviving dry cigars is a delicate operation that requires a lot of patience and attention. Nevertheless, following the right…