Cigar: How it is made – the anatomy of the Cigar

Home » News » Cigar: How it is made – the anatomy of the Cigar

How a cigar is made: structure and reference elements

Knowing how cigars are made and how the parts in which their structure is generally divided are identified, can be useful to deepen their passion for cigars and to better understand the differences between the various types.

Let’s start by saying that it is possible to distinguish for explanatory comfort at least 3 elements:

The head is the portion of the cigar in which the cut will be made, in the case of the Cuban cigars, and that will go in contact with the lips to suck the smoke

L’anilla, a tie that distinguishes the cigar indicating the brand and/or the name of the specific product, originally born in XIX century. To avoid the most affluent to sove their white gloves.

The foot the part of the already cut cigar that heats up to start the combustion and, therefore, the smoked.

The cigar is the first known mode used to smoke tobacco.
In itself, the cigar is made up of specific tobacco leaves which, once worked to eliminate irregularities on the surface, are either manually rolled or using machinery to create a single element.

The leaves used give life three elements of reference:


Starting from the inside, the Tripa, also known as filler, represents the content, the filling, in fact, of the cigar. It is composed of a variable number of leaves according to the specific thickness of the type of cigar, whole, in cigars made by hand, or chopped, in cigars made with automated systems.
The leaves used for the filling are distinguished in Volado, Seco and Ligero.

The filling contributes largely to the volume of the cigar, but, contrary to what one might guess, it does not determine alone the taste of the cigar.
In any case, the factors that determine the taste of the filling range from the cultivation terroir to the position of the leaves used, up to the processing and refinement (drying, fermentation and seasoning) of the tobacco. The action of the sun is decisive in stabilizing and diversiing from leaf to leaf of the intensity of strength and taste.
The choice of the leaves that make up the tripe, therefore, while not determining in solitary the final taste of the cigar, characterizes, in the various mixtures, aromas and merit of quality cigars.

To wrap the stuffing, in the first instance, we find a particular leaf called Capote, the sub-fascia, also known as Binder to Anglophones. The choice of a good hood is guided mainly by the way in which it expresses flavors and combustion. No aesthetic care to charm the eyes for this rough and thick leaf, but pure balance between the ability to maintain homogeneity and duration of combustion and the ability to ensure the Tripa a solid containment structure.

Tripas and Capote assembled, are generally referred to as “bunch”.

The most visible and external layer of the cigar, is, in the last, the head, the band (wrapper) that, taut, wraps the entire body of the cigar, sealed with odourless and tasteless resin. Refined and choice to provide even only visually prestige to the cigar, represents a key component in determining the final taste of the cigar.
The CAPA, produced in different varieties distinguishable by provenance, refinement and, therefore, aromas, can, for example, make a cigar more or less bitter, contribute to the richness of the flavors or enrich of notes full and sweet the smoked.

The elements composing a cigar determine its organoleptic and mechanical characteristics.
Based on these characteristics it is possible to define the humidity levels ideal for cigar types and to understand the most suitable methods and purposes for the preservation of cigars.

Learn how to monitor the humidor from smartphones with Habueno 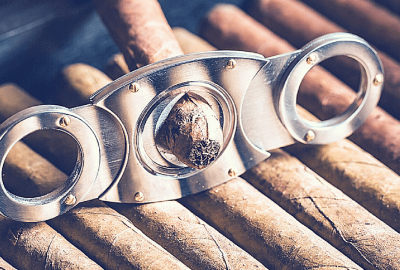 Cigar cutting: How to cut Cuban and Tuscan cigars 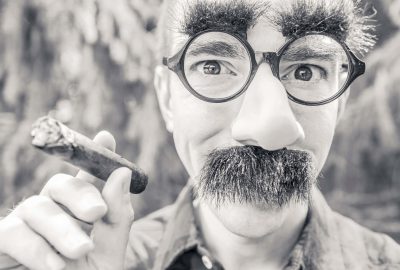 Cigar: How to turn the best

Directions and tips on how to light a cigar impeccably Chosen a cigar for our smoked and cut in the correct way, we just have…

How to smoke cigar: 10 tips and infographics

Some tips for those who start smoking cigars The timeless charm of cigars has an unmatched magnetic charge. By observing experienced smokers or sneaking a…